Skip to content
HomeWhat’s in a Logo design? What makes it good?

What exactly is a logo?

One dictionary defines it simply as “a symbol that represents an organization or company, used, for example, in its advertisements or on its products.” In the words of well-known designer Michael Bierut in his new book, How To:,

The logo is the simplest form of graphic communication. In essence, it is a signature, a way to say, “This is me.”

A logo can be very abstract. The Nike swoosh, for example, or the red triangle for Bass ale, one of the oldest logos. Other logo marks carry a more literal, less abstract, meaning. The Target target is an example. It is an obvious play on the word. The yellow shell for Shell Oil, and Apple’s apple with its cutesy bite, are two more examples.

Many logos are nothing more than typography. The 3M logo is simple Helvetica Black, in red. Other than the fact that the two letters kiss each other it is completely unstylized. The current Microsoft logo is a combination of typography and abstract symbol —the letterstyle Segoe is paired with four colored squares.

When a logo is designed it is hoped that it will eventually come to provide instant recognition for a company or a brand. So that means that the design of the logo is extremely important, right? Well, isn’t it?

How important is the design of a logo?

My answer to that is that maybe it’s not as important as you might think. I believe that too much ado is often made of logo design, in the symbolism involved, and in the psychology of color. Michael Bierut, a partner at the design consultancy firm Pentagram, said, “people forget that a brand new logo seldom means a thing.” Noted designer and author John McWade said plainly, “The job of a logo is to identify, not sell or explain. That’s for marketing. Any simple image that does this will usually work. It helps if it’s attractive.” [my italics].

The current 3M logo, in its tomato-y helvetica-ness, might be considered a fail by many design standards. Yet it replaces an older logo that many designers found to be downright ugly. The two designs are as different as night and day. Would you consider either one to be the product of design genius? Nevertheless, the 3M brand has enjoyed a positive reputation for many, many years, through all of its design permutations, and there have been many. Does a logo make a company look good, or is it the other way round? 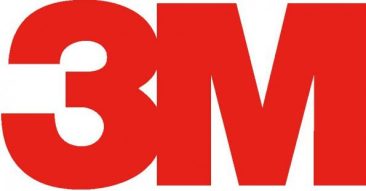 I am reminded of the words of a king considered to have been exceptionally wise: “A good name is better than precious ointment; and the day of death than the day of one’s birth.” (—Ecclesiastes 7:1 in the Christian Bible). How can the day of your death be better than your birthday? Well, when you are born, your life is like a book with blank pages. Will you be loved or hated? Admired or reviled? No one knows. On the other hand, by the time of your death, the pages are filled. Your reputation is established. If you die as someone beloved and admired by others, perhaps having lived a remarkable life of good works, then your day of death will be better than the day of your birth.

And so it is with the birth of a logo design. It is relatively unimportant.

Listen to the words of Michael Bierut: